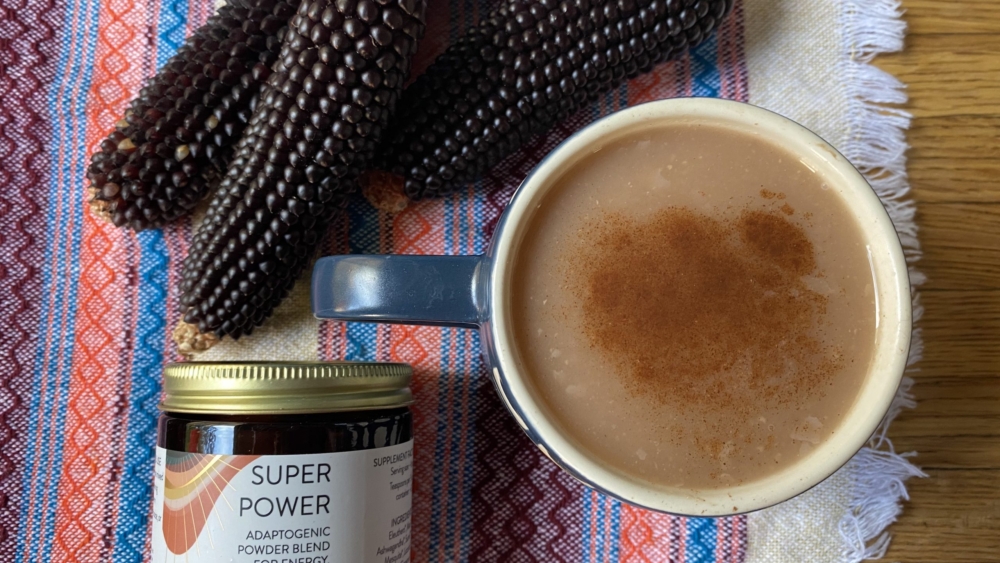 This warm, traditional beverage is prepared with masa de maíz, cacao, cinnamon and almonds.  Served warm during the winter season, alongside tamales and churros, the warming sweet flavor is nourishment alone. We have added adaptagenic roots, herbal medicine that enhances the body’s ability to feel calm, grounded and uplifted.  This recipe was perfected by Abuelita Linda, whose magic in the kitchen heals all!

And in the spirit of gathering around the table with family and friends, this recipe serves  around 12 people.  But if it’s just you and a good book, it can easily be scaled down or stored in the refrigerator for several days.